On World MS Day, May 30, a light is cast upon the hidden symptoms of multiple sclerosis (MS) and the disease’s significant, but often invisible, impact on a patients’ quality of life. This impact is especially burdensome for patients with the disease type primary progressive multiple sclerosis (PPMS) who do not experience active and inactive periods of the disease but rather a progressive loss of neurological function. Still, there is only one treatment for these patients to turn to, a treatment that made impressively 2.4 BUSD in sales last year. With such an interesting case in front of us, we could not help but ask: what’s the deal with PPMS?

MS is the most common inflammatory disease in the central nervous system, affecting more than 2 million people worldwide. The disease occurs when the body’s immune system attacks the myelin, a protective insulation around nerve cell axons, due to an unknown reason. When the myelin is damaged, the transmission of information via nerves is hindered. At presentation, typical symptoms of MS include vision loss, limb weakness, sensory loss and ataxia.

MS is the most common inflammatory disease in the central nervous system, affecting more than 2 million people worldwide. The disease occurs when the body’s immune system attacks the myelin, a protective insulation around nerve cell axons, due to an unknown reason. When the myelin is damaged, the transmission of information via nerves is hindered. At presentation, typical symptoms of MS include vision loss, limb weakness, sensory loss and ataxia.

There are four types of MS, which include relapsing-remitting MS (RRMS), secondary-progressive MS (SPSM), primary-progressive MS (PPMS) and progressing-relapsing MS (PRMS). Today, around 10–15% of all MS patients have PPMS, a condition that has a a gradual but steady progression of neurological disability. The UK patient organization the MS trust states the common symptoms of more advanced PPMS are difficulty walking, fatigue, bladder and bowel problems. RRMS is the most common form of MS affecting 80% of all MS patients, and causes fully or partially reversible episodes of neurological disability, i.e. MS episodes.

These patients [PPMS] will not experience the RRMS associated MS episodes, but instead a gradual but steady progression of neurological disability.

Patients diagnosed with PPMS are facing a worse prognosis than RRMS patients, but the group has often been neglected in terms of both general scientific research and clinical trials. A result of the neglection is that the underlying pathology of the disease still is unclear, which makes the development of effective therapeutics a significant challenge. Unfortunately, the majority of RRMS treatments are aimed at decreasing the number of or impact of relapses, which PPMS patients do not experience and thus cannot benefit from.

Over the last couple of years, a number of both Big Pharma and smaller life science companies have approached the PPMS field but failed due to a lack of efficacy compared to placebo.

In March 2017, Genentech obtained FDA approval for Ocrevus (Ocrelizumab), the first and only disease-modifying therapy for PPMS. In August of 2018, the drug was granted approval also in the EU under its European owner Roche.

While Ocrevus has been approved in more than 70 countries for the treatment of PPMS and RRMS, far from all patients are likely to benefit from the treatment. The Swedish authority for drug recommendations, NT-rådet, wrote in their statement regarding Ocrevus that the drug’s effect on the primary efficacy variable “time to progression of disability” was small, and that the reliability of the scientific documentation was moderate as the population in the trial did not reflect the actual PPMS population. The demand of effective therapies for PPMS thus remains a major unmet need in the MS treatment landscape. When the UK’s The National Institute for Health and Care Excellence (NICE) initially chose not to recommend Ocrevuz as a reimbursable treatment for PPMS, meaning it would not be covered by National Health Service (NHS), outrage followed. This did not only urge the NHS to strike a commercial in confidence deal with Roche lowering the treatment cost and thus paving the way for NICE to change their decision, but it also demonstrates the power of PPMS patients. 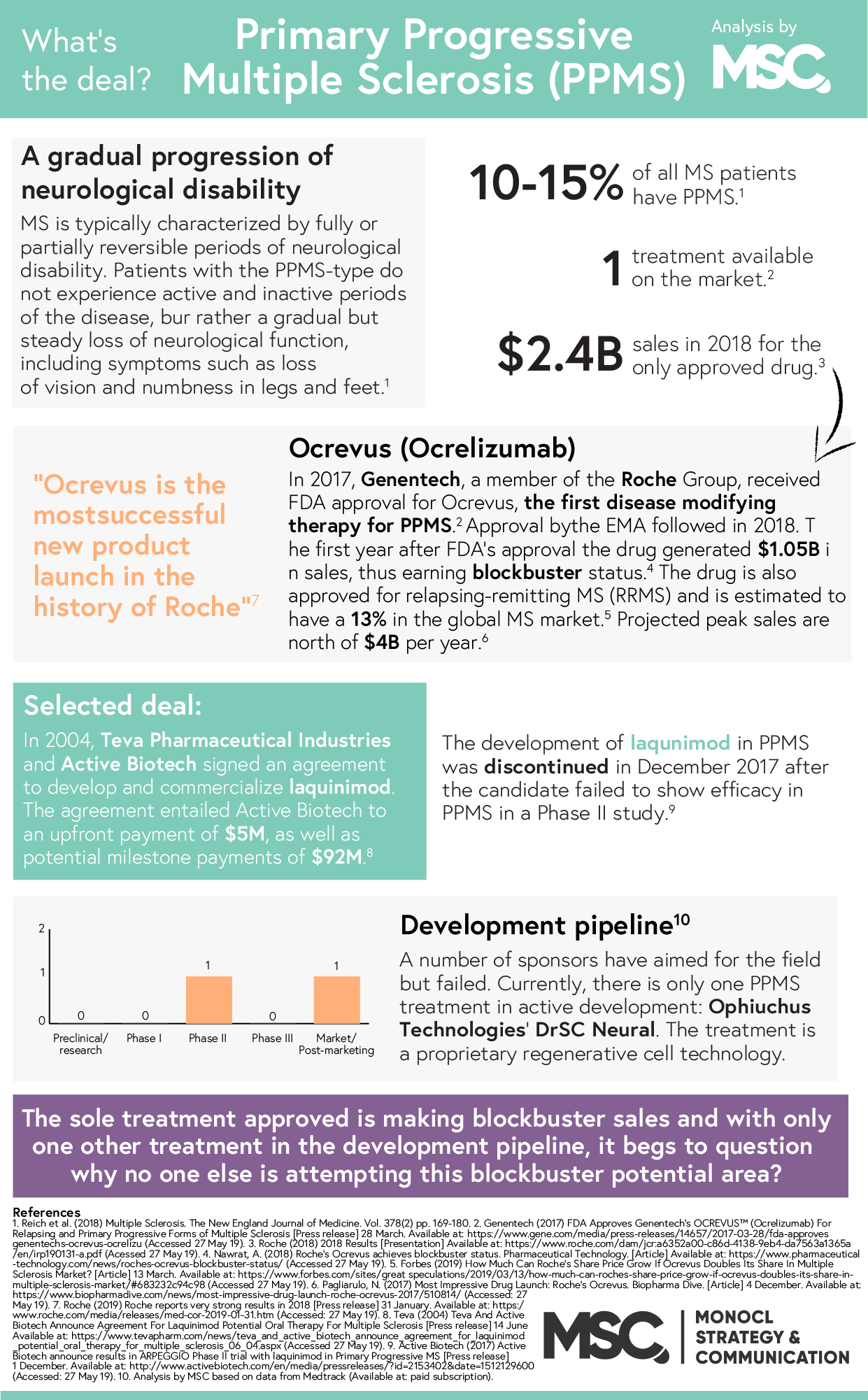 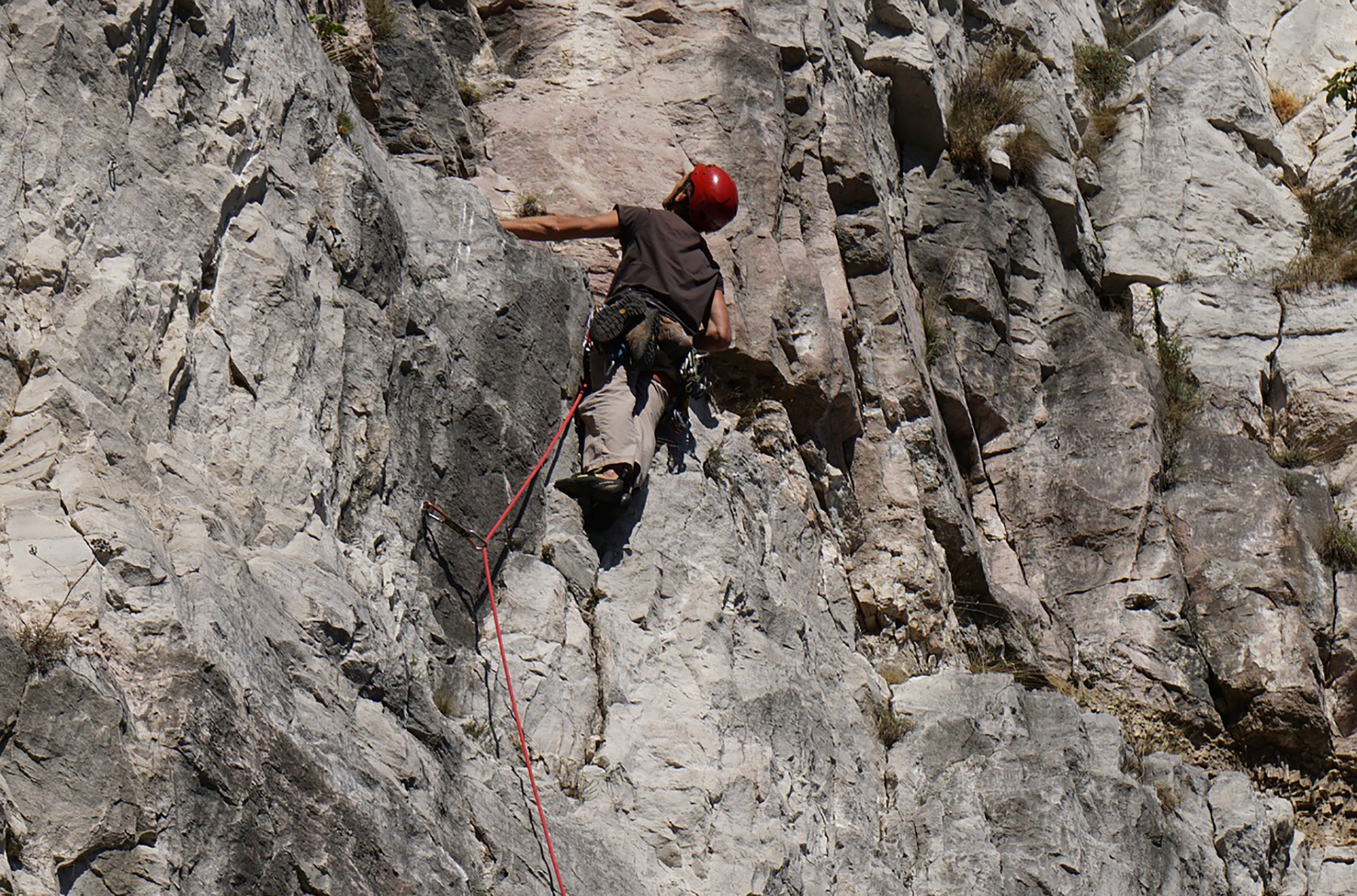