The cannabis market is booming. In 2018 alone, worldwide deals struck within the space totaled at 13.7 billion USD, up a whopping 875% compared to the previous year. Despite the fact that most of the buyers and sellers are now from the U.S. and Canada, the markets are maturing globally with more and more funding sources becoming available for the looming promise of cannabis-derived products, particularly for medical purposes. In point of fact, the European cannabis market is foreseen to explode and become bigger than the U.S. and Canada markets together, with an estimated annual medical cannabis market value of 58 billion EUR by 2028. Today, on the so-called 420 day, we’re highlighting the increasingly interesting cannabis space.

The deal flow for 2019 is expected to exceed the one of 2018, mainly thanks to the growing understanding of the clinical benefits of this complex plant and, unavoidably, evolving regulatory systems. While North America has so far managed to stay far ahead of other regions in terms of market growth, several European countries are now seeing an opportunity to take advantage of this economically auspicious niche and bring their populations closer to well-regulated and efficient products (and further from the black market). Now, having set the stage, it is pretty clear how European countries could benefit from the situation, but as the local regulatory landscape is still fragmented, it is easy to get bewildered and lose track. Lots of cash, lots of laws, lots of confusion! This whirlwind of changing regulations and new players might make one dizzy, so perhaps it is good to step back and take a bird’s eye view on the medical cannabis and the way it is regulated in Europe.

First, let’s talk cannabis itself. It is one of the oldest medicinal plants that spread from Asia to Africa and Middle-East, from where it found its way to Europe around 2,500 years ago. Generally, it has been used in Europe for industrial purposes as a source of hemp fibre but the local medical community adopted it in a preparative form for dozens of conditions already in the 19th century. Back then, of course, it was pretty unclear how the plant exactly achieves its effect and which dosing works the best. This resulted in a row of adverse effects that pushed Western doctors to move to opium-based drugs and forget about cannabis.

No wonder, cannabis is a complex plant with over 500 chemical components identified to date. Of these 500, around one-fifth comprise cannabinoids such as cannabidiol (CBD), tetrahydrocannabinol (THC), cannabigerol (CBG) and others. Cannabinoids influence the human’s endocannabinoid system, which in turn has an effect on other body systems. Besides cannabinoids, terpene compounds from cannabis might have an adjunct therapeutic action together with cannabinoids. Investigating the real efficacy and safety of these compounds has become possible only with contemporary scientific research.

Surely, most of the readers relate cannabis usage to taunted recreational consumption. Over the last decade when patients have been exposed to pharmaceutical-grade cannabis, enough clinical evidence has accumulated to support its use in chronic pain from neuralgias and neural injuries, muscle spasms and cramps associated with multiple sclerosis and spinal cord damage, and nausea, loss of appetite, and weight loss related with chemotherapy or radiotherapy in cancer patients and anorexia in HIV-infected patients. More recently, CBD has shown plausible efficacy in childhood epilepsy. For other conditions such as sleep disorders, depression, glaucoma and anxiety there is less available clinical data that would show the existence (or absence!) of medical efficacy. The recent major advances in medical evidence and cultivation techniques, product standardization, quality and control, as well safer administration (e.g. sublingual, inhalation by vaporization) all point towards the medical promise and benefits of medical cannabis and more specific cannabinoid therapeutics.

In the European context, only Germany, Italy and the Netherlands had any meaningful sales of medical cannabis in 2018.

With the developed clinical evidence and manufacturing techniques, however, medical cannabis is still regulated differently across Europe. While there are three routes in which medicines regularly obtain marketing authorization in Europe (centralized procedure through European Medicines Agency, decentralized procedure in individual states, or mutual recognition), no medical cannabis-based product has an EU-wide approval. Although the EU allows cultivating and suppling cannabis plants with low level of THC (<0.2%) for hemp fiber, no harmonized law in terms of therapeutic use exists for plants with higher concentrations of cannabinoids. Already for several years, most European countries have allowed cannabis prescription on the basis of serious illness after first- or second line therapy, even when the product has not been authorized by the medical agencies as a regular drug. This is usually conducted through local early/expanded access or compassionate use programs in collaboration with suppliers and pharmaceutical companies. For instance, this was introduced in the Netherlands in 2003, in Germany in 2017, and in the UK in 2018. Despite the enabling laws, prescription rates have stayed at notoriously low levels. The main reason behind this seems to be that many health professionals do not know how cannabis should be prescribed and dispensed, including physicians and pharmacists who are the main gatekeepers for widespread medical cannabis use in countries that permit prescription.

These gatekeepers differ from country to country. For example, in the UK, only certain physicians are allowed to prescribe cannabis products while in Germany, this right has been given to all doctors beside veterinarians and dentists. Some countries allow using medical cannabis only for the treatment of certain conditions while others give the physician the right to decide based on patient needs. In the European context, only Germany, Italy and the Netherlands had any meaningful sales of medical cannabis in 2018. Physicians in Germany, for instance, have the discretion to prescribe to the “seriously ill” but the term “seriously ill” has been left open for interpretation. Most German doctors prescribe cannabis to those suffering from multiple sclerosis, chronic pain or appetite loss associated with cancer therapy. On the other hand, Germany depends currently fully on foreign import since local cultivation was introduced only very recently and the first harvest may not take place before 2020.

This brings us to immediate opportunities in Europe that are most clear in countries that have allowed cultivation and production, that can, in turn, supply other European countries that allow import for medical purposes from pharmaceutical-grade preparations to therapeutic oils and single compound-based (e.g. CBD) products. Several countries have indeed learned from the demonstrated benefits of medical cannabis legislation across the Atlantic and its potential market worth in Europe (let’s iterate: 58 billion EUR by 2028), and surged into the sector to reduce unemployment rates and support struggling economies.

While the UK is the biggest producer and exporter of cannabis thanks to a company called British Sugar that supplies GW Pharmaceuticals (link 1, 2) for their drugs Sativex® and Epidiolex®, other countries including Denmark, Portugal, Greece, Cyprus and Malta have permitted domestic production at a larger scale. In fact, Malta is the organizer of this year’s Annual Medcann World Forum. In Germany and Italy, cultivation has been introduced very recently but access to licenses is restricted (public tenders in Germany and an army monopoly in Italy). In Denmark, where medical cannabis is allowed together with domestic production, a smashing 23 companies have already been licensed (as of March 2019) in the so-called Development Program that allows cultivation and manufacturing of cannabis products. Additionally, Denmark aims to supply its own market and cannabis-related research sector with domestic produce but has also very recently permitted export (none of the companies have yet obtained the export license). Denmark is the only Nordic country not banning cultivation while Norway and Finland, like many other European countries, allow medical use (since 2018 and 2008, respectively). Curiously enough, Denmark’s neighbor Sweden has some of Europe’s most restrictive laws; it abides only by the general EU rule that allows hemp products that contain less than 0.2% THC, whereas not a single cannabinoid product is classified as a medicine.

Regarding national healthcare policy initiatives, only the UK and Lithuania have introduced national medical cannabis programs in response to the emerging strong scientific evidence supporting its use in the medical setting. It is likely that these baby steps in creating strategic national policies will be supported by the EU sooner than later, as the EU Parliament recently passed a resolution that called the European Commission and all member states to standardize and unify products containing cannabis-based medicines. This initiative was officially voiced this February (2019), and paves the way for a unified discussion on the “regulatory, financial and cultural barriers that weigh on scientific research into the use of cannabis for medicinal purposes” and creating comprehensive strategies for “independent research, development, authorization, marketing and pharmacovigilance, and to avoid the abuse of products derived from cannabis”. The European market is gearing its machinery to prepare for a widespread adoption of medical cannabis: are you ready for the eruption of the largest medical cannabis market in the world? 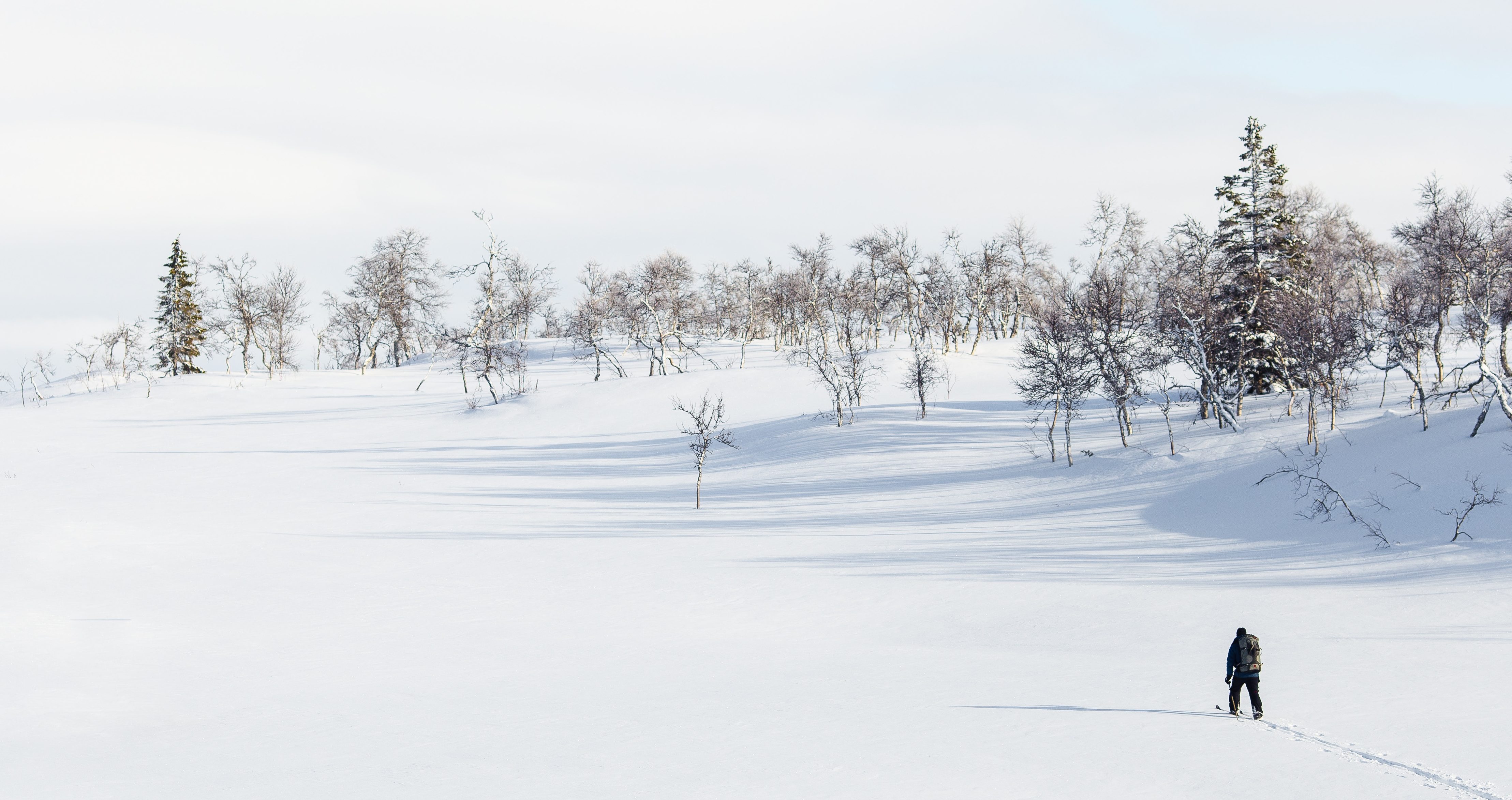